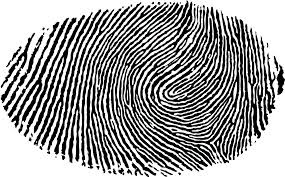 That’s a rhetorical question and this post is not about INTERPOL. This blog post is about an intercontinental group of physiologists who published work near the end of 2015 which has helped bring our ways of studying exercise physiology into the modern era.

The mysterious machinery in muscles

Whether from textbooks, or from soreness after a workout, we all know that exercise has an impact on our muscles. However, what exactly is happening is still an area of active research. If exercise’s effect on muscle is thought of as a fingerprint, then the impression we have now might look something like what you see below.

While we in the scientific community have worked hard to get this image, it’s hard to tell if it’s a fingerprint, a zebra, a terrible reCAPTCHA, or something else: hypotheses regarding muscle metabolism, adaptation, fatigue, soreness, and contractile characteristics are still hotly debated, and more scientific work is needed to resolve these disputes.

For decades, we have been characterizing proteins which are modulated by exercise. If I thought that exercise increases or decreases the abundance of a specific protein, I could test my hypothesis with classic molecular biology techniques. Western blotting is an often-used tool for such a “targeted” hypothesis. The implementation of such tools has permitted us to learn about exercise-induced effects in a step-wise fashion one protein at a time, revealing our figurative fingerprint one squiggle at a time.

In contrast, new –omic methods reveal information on thousands of proteins simultaneously. This drastically reduces the time and cost of the research. Furthermore, using –omics frees researchers from needing a priori hypotheses about specific proteins before discovering how they respond to exercise.

In the cited research, the investigators examined the entire population of proteins (the so-called proteome) in human skeletal muscle before and after exercise. Furthermore, they investigated the functional status of those proteins by looking at phosphorylation status (phosphoproteomics). This kind of investigation into the effects of exercise on the entire population of phosphorylated proteins in human skeletal muscle had not been done before. Furthermore, the majority of the unique modifications on the hundreds of proteins observed were previously unknown to be exercise-responsive, and would still be undiscovered today if the team had not used an –omic approach. Thanks to these efforts, we can zoom out on our picture to have a better sense of exercise’s fingerprint.

The current research is not without shortfalls. Not even twins have identical fingerprints, so the exercise-responsive phosphoproteome of the volunteers for this research are representative of everyone. Additionally, we know that different exercise modalities evoke different proteomic responses (I doubt you’ve seen a body builder win a marathon).

Also, exercise affects every organ system. Even if we learn all there is to know about the muscular response to exercise, without studying other critical tissues we will still just have a fingerprint when there is much more to be observed.

Put down the inkpad, and pick up 21st century techniques

The standard recommendations for exercise of at least 30 min per day at least 5 days per week are unchanged. This research does not change how we prescribe exercise. However, this research should change how we prescribe the scientific method to exercise physiology. The call to action is for the rest of the exercise physiology community to follow suit and implement more –omic methods into their research. While there will always be value in looking at the individual squiggles, there is much to be gained by widening our scope with –omics technologies.