On May 23, the national flag of China (the Five-Starred Red Flag) had been raised up on KI’s Solna campus, because a “big man” would come to KI from my motherland-Prof. Zhu Chen, the former Minister of Health in China, now he is the vice chairman of the National People’s Congress. Zhu is one of the four honorary doctorates of KI this year, he and his wife Prof. Sai-juan Chen visited to KI and presented an academic report about target treatment of Leukemia in Aula media. 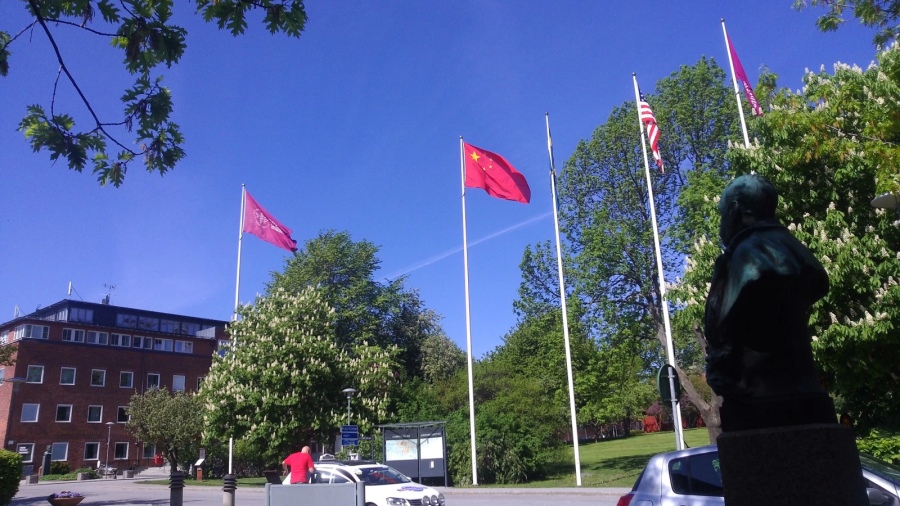 Except for the political positions, Zhu and his wife is also the most excellent and famous scientific couple in China, they are both academicians of Chinese Academy of Science. As a hematologist, Zhu had done many contributions on the therapy of Leukemia, especially for the combination of Chinese traditional medicine and western medicine, he and his group have invented the targeted treatment of acute promyelocytic leukemia (APL) using the collaboration of arsenic trioxide and As2O3– a well know strong toxicant (Pi Shuang) in Chinese Kung-fu novels, but it was also used as a medicine in Chinese traditional medicine, Zhu’s group had given the scientific evidences of the effect of As2O3, which make this most deadly incurable blood cancer becomes clinically cured disease. 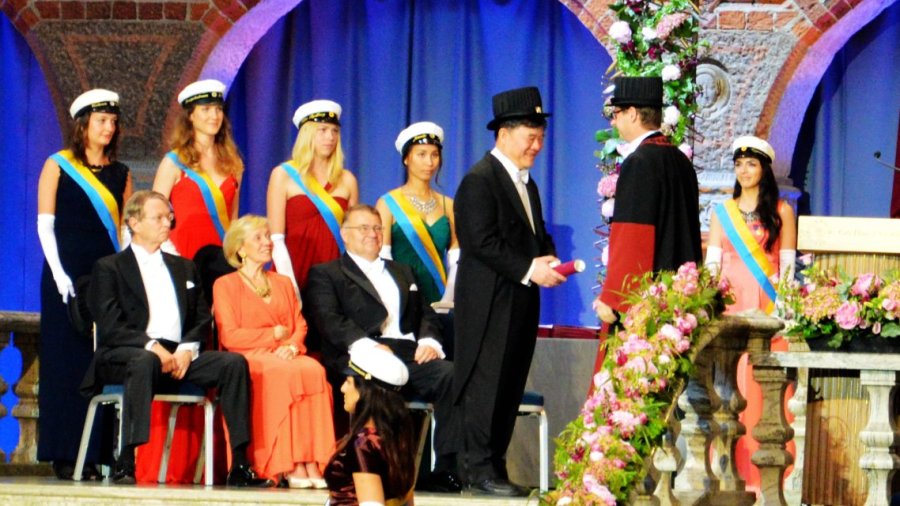 5pm, as a digital ambassador, I also attended the KI’s spring graduation ceremony , due to his outstanding achievements in the field of leukemia, as well as his significant contribution in the health care reform and KI’s international cooperation, Zhu was awarded the honorary doctorate of KI. Through his assistance and efforts, KI had established a broad and deep cooperation relationship with several top universities in China, and more and more young Chinese researchers and students begin to conduct their scientific research at KI.

Sharing PhD experiences across the University of Warwick and beyond